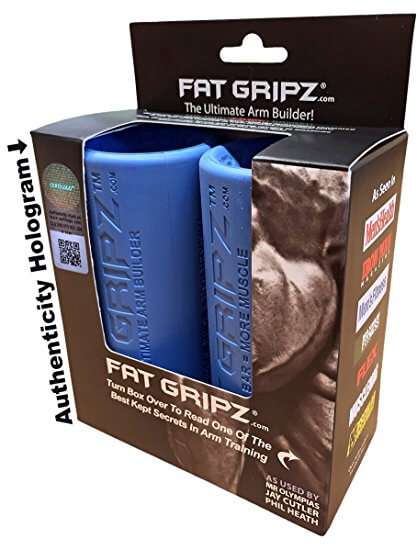 The forearms contain many small muscles that aren’t always worked properly through traditional exercises such as wrist curls. Fat Gripz were created to mimic the increased muscle activation gained by using a thick bar during resistance exercises. Fat Gripz are placed around a traditional olympic sized barbell, thus increasing the diameter of the bar for greater muscle stimulation, generating increased strength and muscle mass in the forearms. Studies show that increased strength in the forearms leads to greater overall strength by preventing a weak link in the kinetic chain.

have an inside diameter of 1″ and are made of a thick rubber-like compound that convert traditional barbells into thick bars for a tougher and more effective workout.

This is an affiliate site and we earn a small commission every time you purchase through one of our links at no additional cost to you.